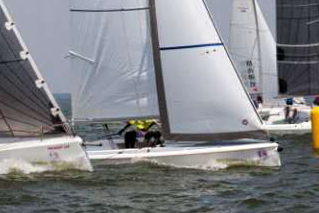 After building the prototype and requesting the required licenses, the production from the DC20 has started . The concept has been set up for the Chinese lakes for recreational use, sailing lessons and competitions. The boat will be built in polyester in Dalian. The yard will move soon to a new location. 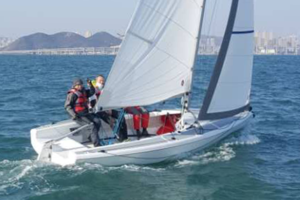 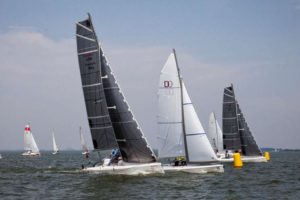 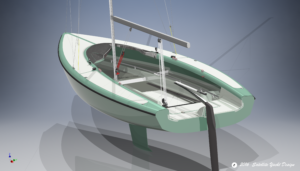 In Dalian (China) the DC20 (design 171) is launched and made the first trials. The boat is designed for sailing schools and rental especially on the lakes. There are plenty seats, the boat is safe and easy to sail. With an upgrade, such as a retractable gennakerboom, a maintrack and a trapeze, the boat can be used for racing. There is plenty of storage under the aft deck , for example for an outboard and sailing cloth. https://www.yacht-design.nl/designs/dc20defender/ 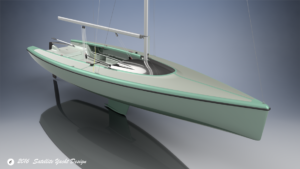 For the chinese lakes, we designed a 6.20m sailing boat, named DF20/Defender. The main purpose of the DC20 / Defender is for sailing lessons / sailboat rentals and group packages in the Chinese lakes. In addition, with an upgrade of the hardware, the rigging and possibly the keel, the boat will be suitable as a contest boat for three persons.

For rentals there is a  rubber rubbing strake mounted on the side hull.

There is a cruising and a racing version developed and the difference is in the rigging and the hardware. The cruising version gets a triangular mainsail and a small jib and doesn’t have a traveler for the mainsheet. The racing version gets a bigger mainsail and a maximum jib. In order to keep the price is low, the jib with hanks mounted on the forestay. The possibility for a gennaker, makes it possible for learning this discipline. For racing, the maximum crew weight set at 200kg and there is an opportunity to sail with a trapeze. On the cockpit floor were made in both the touring and racing version hiking straps.

The keel is has a maximum draft of 0.85 meters, which is suitable for the Chinese lakes.

Between the air lockers and the deck are pockets where the personal belongings of the crew can be stowed. Under the lowered rear deck is an ample storage space created, which can be closed watertight.

Hull and deck are constructed in polyester. In the hull will be a PVC foam core, and the deck is reinforced with a Coremat. The keel is constructed of cast iron. 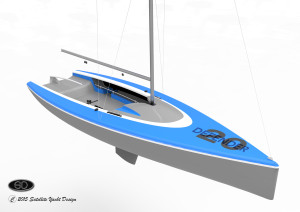 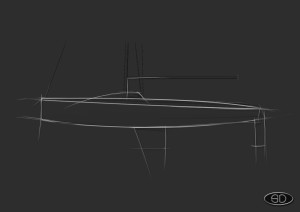 We’re finishing the design of a new 20ft sailing boat for the Chinese market. The boat will be built in polyester. The end of August the production of the moulds will start. As soon as we’ve the final drawings, we will publish these.